How To Cast A Spinning Reel

We love to share what we’re learning and usually have a lot to say. Follow us on your favorite social media platform to hear the latest from us!

Receive an email when we publish a new post

I want to learn about:

How To Cast A Spinning Reel

Back To Top ☝️

There are few experiences that rival the joy of tossing your line and working your lures through the serene water at a beautiful sunrise. Maybe you have heard some of your friends share their fish tales or show pictures of the beautiful scenery and the awesome fish. And now you want to find out how to get started so you can share this great time too.

So, let's prepare to learn the art of casting with a spinning rod and reel.

Casting a spinning reel involves the following steps: find your target, adjust and open the bail, hold the line, swing the rod forward while releasing the line, then stop the line with your finger, close the bail and retrieve the lure.

There are many more details I have provided and a few links and videos that bring this topic into focus. So let's learn how to cast a spinning reel!

How To Cast A Spinning Reel Accurately

When I get ready to make my first cast of the day, I try to keep a few things in mind. Be aware of which way the wind is blowing. Casting into the wind takes practice and will affect accuracy, so I would try to cast in angles away from the direct wind direction

Secondly, practice casting with different lures so you can learn how to pinpoint location targeting. Learn how to cast light lures with a spinning reel.

And lastly, remember it takes some practice to get comfortable with casting and using different lures and reels. Each will make it feel a little different.

There are four things to remember when getting ready to cast a spinning reel.

Growing up, I learned everything I know about fishing from my father. He took my brother and me fishing almost every weekend. One of our favorite places to fish was END_OF_DOCUMENT_TOKEN_TO_BE_REPLACED

There are three main casting techniques used by fisherman.

One Hand Or Two Hand Approach

Some people prefer a single hand to cast their rod. This is usually for shorter casts or a habit they picked up early. It is bad technique and will affect the distance and accuracy of the cast. And how quickly you respond to retrieving the line.

The bottom hand is necessary to provide power and speed to whip the rod in motion for an accurate and long cast. This is called tip speed. Good tip speed generates enough energy to make the long casts.

Make it a practice to manually close the bail before cranking. Cranking first to close can cause a jerk can lead to line twisting and make a mess of your reel.

Many new fisherman either reel quickly or slow and jerky. Understand retrieval techniques required for each each bait.

Your going to want to know the target depth of your bait as you retrieve. Do you want your bait near the surface, along the bottom or in-between. Some lures will dive, some will float and others spin.

If you want your bait near the top, you want to start reeling as soon as the bait hits the water.

If you want the bait to sink to a lower depth, you can let line out manually until it hits the bottom. You will start to feel a slack by then.

You can retrieve the baits with a steady retrieve, steady and twitch, stop and go, and hop and pause depending on the bait you use.

What Is A Spinning Reel?

Spinning Reel And Its Parts

There are high speed and low speed reels. Nearly all of the time you want to go with a high speed reel. This relates to how fast the reel picks up the line as you crank. Low speed reels are great for technique casting.

For example, for a reel with a 6.4 to 1 gear ratio, for each crank of the line, the gear turns the spool 6.4 times. That is around 37 inches of line each crank. This will allow you to pick up line near underwater structures or a fast hook set of a fish.

A slow speed reel is good to force a slower presentation to fish.

Here is a terrific resource for more information about fishing reel gear ratios and why the are important: Choosing the Right Gear Ratio Fishing Reel.

What Make An Open Faced Reel Good For Beginners?

The spinning reel, also known as the open faced reel, is one of the easiest to learn how to use and cast a line. It is great for beginners without the fear of "backlash" like baitcasters.

One of the clever features is that it includes the parts to be set up for a left-handed or right-handed retrieve out of the box. This can really be handy if you share it with one of your friends or family.

Spinning reels excel at light weight fishing techniques and small fish over bait casting gear. So, it is perfect for smaller bodies of water like creeks, rivers and lakes. Great for light-weight lures and baits like soft plastics and live baits.

Spinning rods are designed differently than the baitcaster models. Three-quarters of the rod has the "action" of the rod; only one quarter has the backbone of the rod. The intended purpose is more sensitive "feel" for nibbles and bites of smaller fish while allowing more whipping action for greater distances. Casting is determined by how hard you want to cast the bait.

You can surf cast with heavier model spinning reels using some of the larger spool sizes and drag settings. The rod material and length allows fishing for larger game fish off the coast.

Spinning reels are prone to line twist. This is mainly due to incorrect spooling of new line onto the reel. Here is a great technique for preventing line twist.

Requires more maintenance if you want to keep your fishing equipment operating smoothly and lasting longer. Fortunately it is fairly easy. Just break down the reel and clean the components with the proper solution, grease the gears and oil the bearings. Or take it to your favorite fishing tackle store for this maintenance.

Accuracy requires more practice and is harder due to larger rod eye size and greater line distance from the rod leaving more room for bait movement.

Thank you for reading this article. Please help us to provide more valuable content to you by leaving a comment below with any questions or topic suggestions. 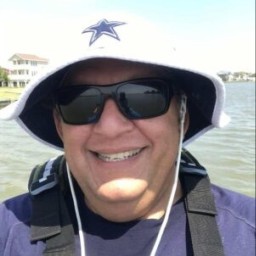 Sign up for our newsletter and you’ll be the first to hear about new kayaks, gear and accessories, fishing tactics and strategies, checklists and recommendations.

Please log in again. The login page will open in a new tab. After logging in you can close it and return to this page.